Today we went to the grocery store and learned about the way peaches smell when they’re ripe and good to eat (and also plums). I learned that Limerick will pull the leaves off of strawberries before he eats them, while Aubade will eat them leaves and all.

We learned about the strength of the wind in a storm when we saw huge branches torn off of trees by the monsoon that came through last night.

We learned about the hiddenness of the wind, how it can only be inferred by the consequences of its presence, last night as we watched that storm crash down the street and read Christina Rosetti’s poem about the wind:

Who has seen the wind?
Neither I nor you:
But when the leaves hang trembling,
The wind is passing through.

Who has seen the wind?
Neither you nor I:
But when the trees bow down their heads,
The wind is passing by.

Rondel wondered at how we can feel the wind when it presses against us even though we can’t see it coming with our eyes.

Today, we talked about how scary things can be when they are new and unfamiliar and unknown, when really they are good and beautiful things, because we discovered some books on that theme at the library: Tiny’s Big Adventure by Martin Waddell, What Do You Do With a Chance? by Kobi Yamada, and Little Frog and the Scary Autumn Thing by Jane Yolen. 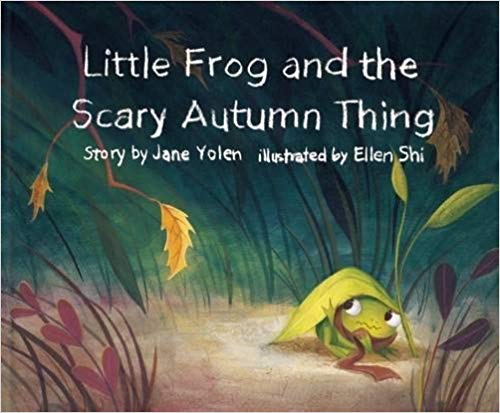 Earlier this week we made a 10×10 number chart and discovered that if we covered up all the odd numbers with flakes (all the numbers that can’t be split into two groups, as the boys say), the even numbers that were left all lined up in neat columns and had 2, 4, 6, 8, or 0 in their ones place. We also spent a lot of time figuring out which numbers would be visible if we covered up the ones that couldn’t be split into three groups, but we didn’t discover a reliable pattern yet for those numbers. (Limerick loved figuring it out for each number though, so I’m sure he’ll find the pattern pretty soon).

Rondel watched a documentary about the Galapagos islands and learned about an iguana that laid its eggs in nests of volcanic ash and so couldn’t leave the volcano summit of one of the islands, and also learned about the blue-footed booby for the first time and was impressed by how blue its feet really are!

And I learned that the best way to turn around a bad day is to apologize directly for my irritability and impatience, instead of just hoping it will go away and be forgotten.

Those are our recent highlights! What have you all been learning and discovering in your lives lately? What riches of knowledge and adventure have your curiosity and hunger to learn unearthed for you?