I know some varieties of sweet potato can grow in Arizona, but the microclimate of our backyard is warmer than average due to heat radiating off the walls, and the copious amounts of water we gave the plants just barely managed to keep them from dying for the past couple months. Compared to how sweet potatoes should look after that much growing time, they were small and sickly. And all the purple ones died after a particularly hot and dry week in July.

However, we took advantage of the garden being empty of plant life to completely rebuild the frame for the raised bed, since the old one had succumbed to weather damage and splintered apart. My husband did an awesome job with it, and found an environmentally-friendly water sealant to protect the frame so it should last for a while – and the boys have been loving the chance to play in the dirt before it’s time for our fall planting. 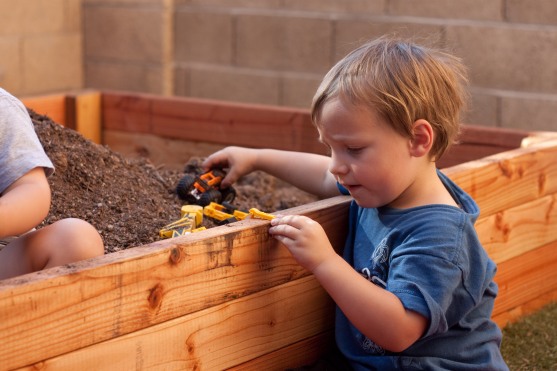 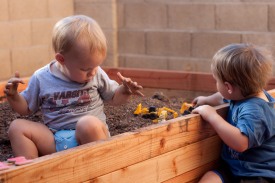 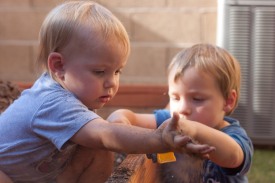 Rondel prefers to sit outside the bed and use his construction trucks to dig; Limerick had more fun climbing right in and burrowing into the dirt with his hands. 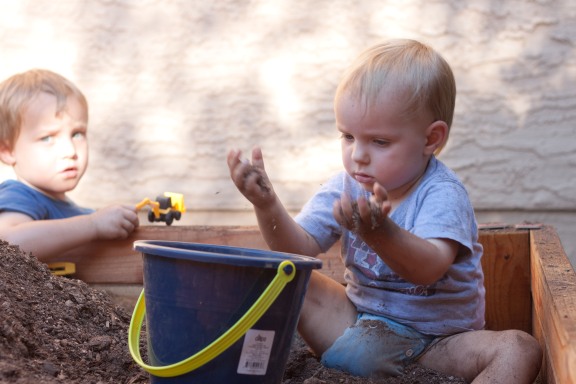 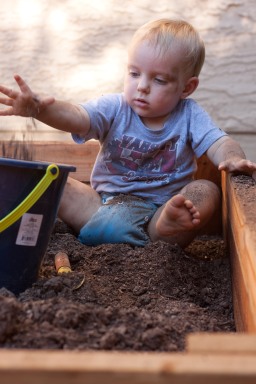 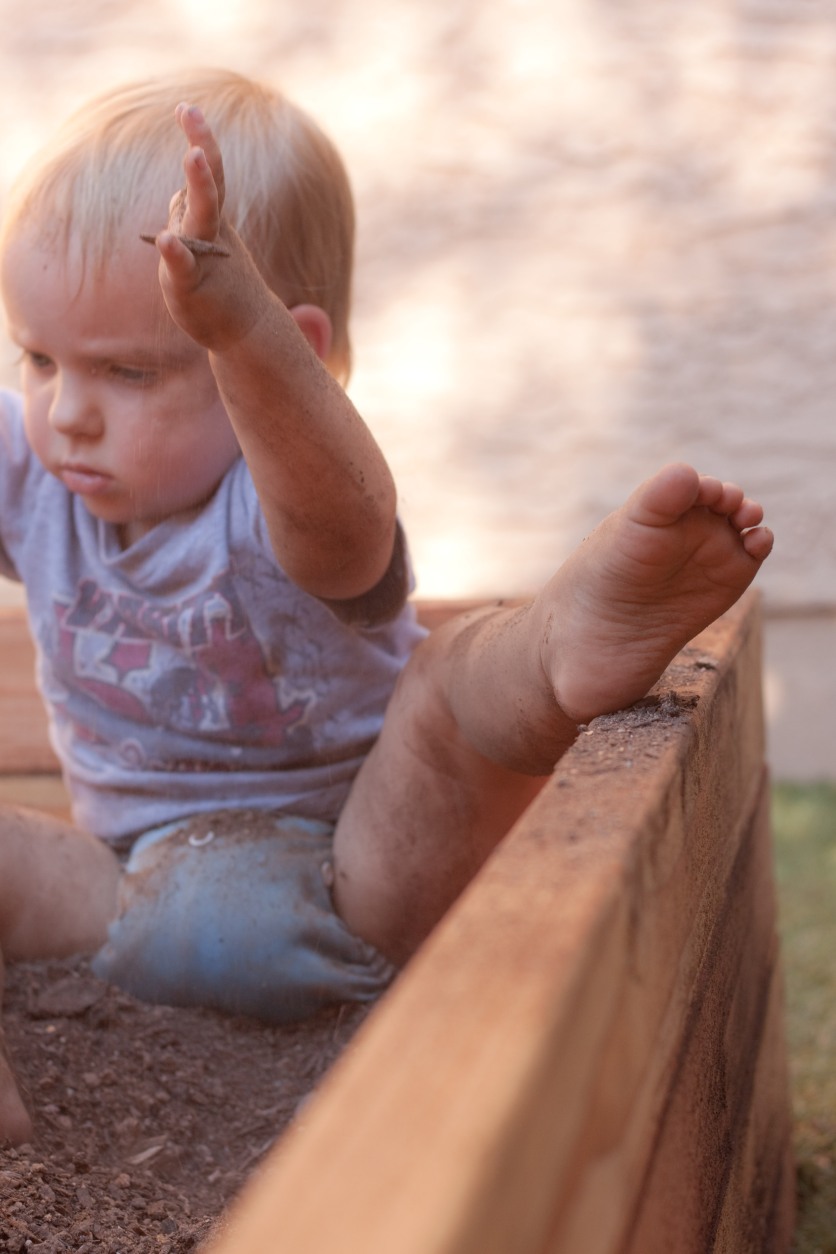 Since the soil hadn’t been watered for a few days in preparation for moving it out of the old frame and back into the new one, it was blowing all over us like dust – so I turned the hose on to a trickle and added it to the fun 🙂 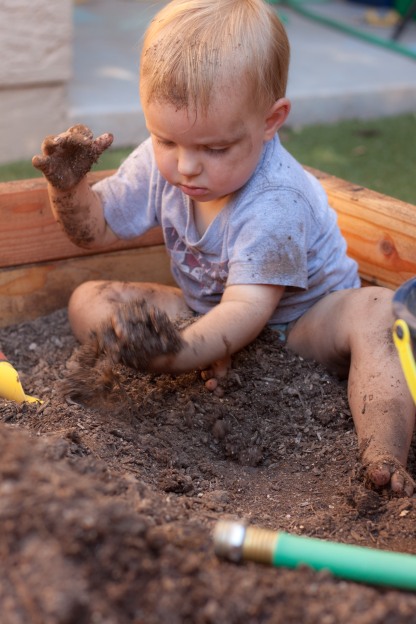 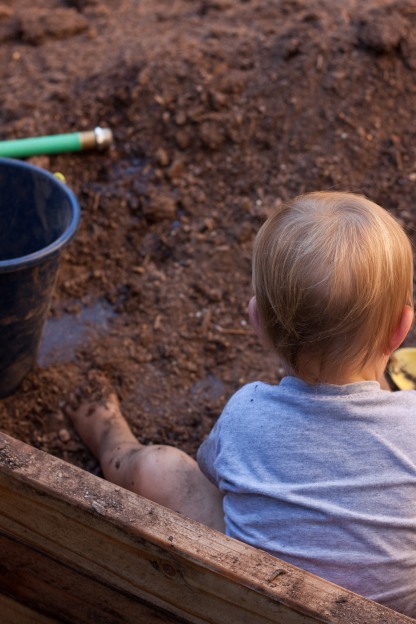 Limerick was incredibly focused on the dirt/mud. I don’t think he smiled once… he was too busy investigating the different sensations of dusty soil, wet soil, and puddles in the soil. It amazes me how dirty he can get when he’s intent on experiencing or exploring something! I had to spray him down before we went outside and it was surprisingly difficult to get all of the dirt off of him. But it was worth it – if you’ve been reading here for a while, you know what a fan I am of messy/sensory play!