In an attempt to catch some fall colors up north (I think they are delayed because of our warm, moist summer this year), we drove up to the Mogollon Rim this weekend, just northeast of Payson to the Rim Lake Vista trail specifically. I chose this trail because it was recommended for fall colors in October, because it should have gorgeous views off the edge of the rim even if we were too early for colors, and because it is mostly paved and there was rain in the forecast. In other words, I wanted something with no flash flood risk, where we wouldn’t be stepping in mud puddles and getting our feet soaked in the cold.

While we did end up being too early for fall colors, the trail was undeniably beautiful and – totally unexpectedly – we got caught in a snow flurry! There isn’t much else to say about this trail except that it is ideal for new walkers and could even be navigated by a stroller if necessary; likewise, it would be good for older out-of-state family who want to hike and sightsee but who aren’t up for something challenging.

Some views looking off the rim down towards Payson (approximately 7700ft up, looking down at mountains around 5000ft in elevation – Payson is not objectively low):

The clouds were draped so low over the mountains – at some points on the trail we were walking through small wispy clouds, and the large heavy clouds looked ready to break open at any moment.

It wasn’t raining when we parked (it had been for most of the drive from Payson up to the rim!), so the kids were excited to get out of the car and start off down the trail. 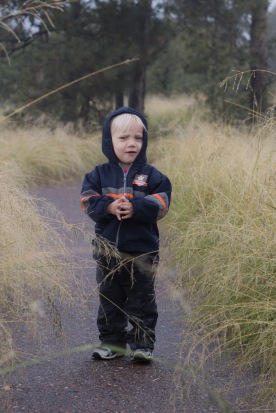 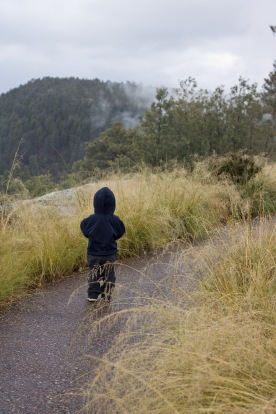 While there weren’t many changing leaves yet, the small ground plants and flowers bearing their glassy beads of water were calling all of us to stop and pay attention to their subtle beauty: 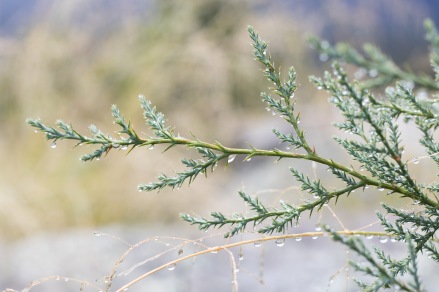 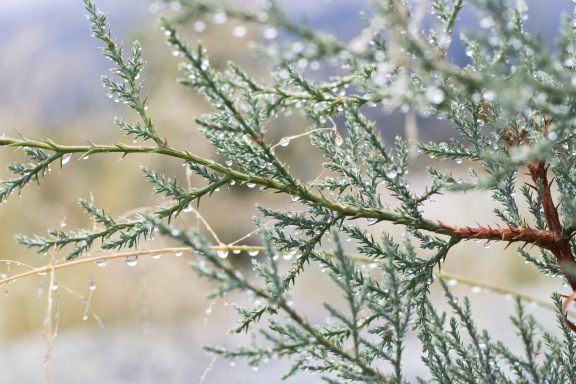 Before the rain started up again, Aubade meandered along immersing herself in the wildflowers – she was so excited about every new plant, so eager to touch each new flower.

Towards the end of our hike, however, it started to sprinkle – and then it began to pour – and then I noticed that snowflakes were sticking to the fuzzy hood of Limerick’s jacket, and – and then suddenly the air was full of fat white flakes! It was the first time any of the kids have seen snow; Rondel was excited, Limerick was chill, and Aubade (who was already really bothered by the cold wind) completely lost it and cried the rest of the way to the car. So it ended up being a shorter hike than usual because we were just so cold!

However, along the way we discovered a plant I’d never encountered before, with bright red stems and a sharp smell that remind me of mint and fir together. From a brief search online I think it is a fetid goosefoot, which is quite an unpleasant name for a plant that I found both visually and aromatically attractive – do any of you know for sure? 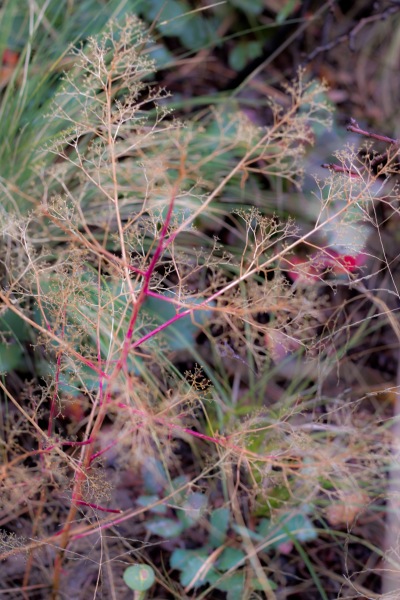 How to get there from the East Valley: take the 87 up to Payson; turn right at the McDonald’s on to the 260-E and continue for 30 miles until FR300. Turn left onto FR300 (the Rim Visitors Center is on the right) and park at the lot on the left between mile markers 39 and 40.