November and December are very joyful, celebratory months in our house, because in addition to the normal holidays we have three of our four birthdays (rather nicely spaced over the season, I might add). The festivities begin with my birthday, then Limerick’s two weeks later, continue through Thanksgiving a week after that, pick up my husband’s birthday about two weeks after Thanksgiving, and end with Christmas and New Year’s about two to three weeks later. Adding to this festive spirit that strikes me at the beginning of November is the fact that the weather here finally becomes cool and crisp right around the same time. It finally feels like the world is ready for cookies and hot chocolate and pot pies and stews and fresh bread and festive music (I try to wait on the Christmas music but I feel so ready for it!). There’s just something so much nicer about baking with all the windows open and a cool breeze wafting through the house than with the windows shut up and the AC on trying to combat the triple-digit temperatures outside…

In the few weeks between “hot” and “freezing” (“freezing” having a very generous definition for us wimpy Phoenicians), we spent almost all our time outdoors and fell in love with our little park. (see the pants and long sleeves? I think it was in the high 70s when we were there… we really are wimps about the cold).

I’m always trying got encourage the boys to get out of the built environment (as much as possible given that we live in a very urban context) and lately I’ve been working on getting them to walk on the grass instead of on the sidewalk. It’s not as smooth and stable so they don’t prefer it, but Rondel was more than happy to run into the grass in order to give that big tree a hug.

It reminds me of the library I grew up going to as a little girl (in semi-rural Pennsylvania) – my mom and I would always stop to hug the big oak tree in the front. It makes me happy to pass that on to my son now.

Limerick gets super focused sometimes and he always looks so fat and grumpy when he does 🙂 It’s neat seeing him so engaged in what he’s doing though. 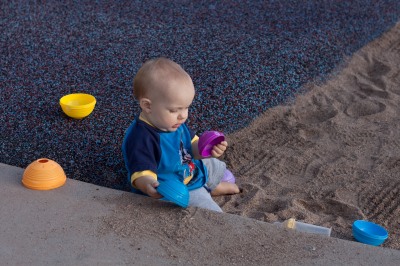 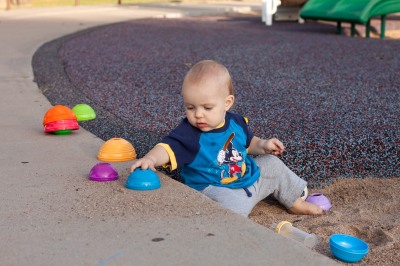 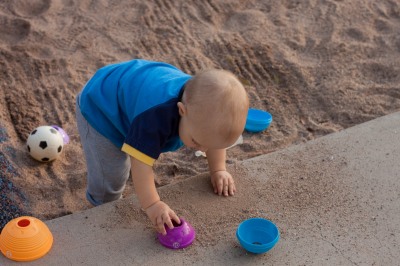 Rondel used to be quite nervous around slides, but as he’s gotten older he’s gotten a lot more comfortable with them. Limerick suffers from no such anxieties… now my only difficulty is trying to keep Limerick from going up the same slide that Rondel’s trying to go down! 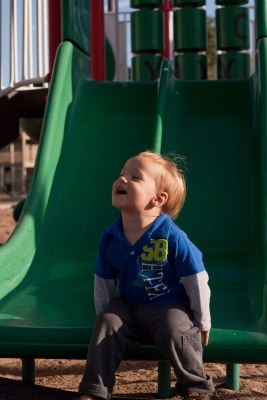 I hope your November is beautiful and joyful as well. Head on over to Like Mother, Like Daughter for the link-up today!