Today Pope Francis will canonize Junipero Serra – the first saint ever to be canonized on American soil, and one of only a relatively few American saints. I’ll be honest that I hadn’t heard of Serra before this year, and that I don’t know much about him yet. I’ve begun reading about him, though, and I’m impressed that this is the kind of man the Catholic Church would declare to be a saint. I’d always thought that the saints were essentially perfect people: maybe they had a rough beginning, like the Apostle Paul or Saint Augustine, but then following their conversion lived out their faith without fault and without controversy. Looking at Serra’s life, though, that seems to be a simplistic and naive idea, because his story is nothing if not complex.

Serra came to the Americas on the tide of Spanish imperialism – a brutal, unjust, and oppressive moment of history. Many (probably most) of the Spanish soldiers and colonizers considered the native peoples to be savages, less than fully human, and ripe for exploitation, similar to how other European colonizers viewed the African people. And Serra came here with those soldiers, on the wings of colonial power, and worked with them, and labored under their protection. Was he not in some way complicit in their crimes? Was his desire to bring his faith to the native people just a subtler form of imperialism, a way to dominate them more completely by erasing their traditional beliefs and culture?

To a post-modern observer, it can easily look that way. If all cultures and beliefs are equally valid, then Serra certainly had no right to try to push his religion on the native people at the expense of their own traditions, especially since his presence and faith were backed by the ominous and fearful shadow of a conquering army.

From Serra’s perspective, though (and from the perspective of the Church today, I think), it looked somewhat different, simply because he believed his religion to be the fullness of the truth – the source of meaning, fulfillment, and joy in this life and for all eternity, and the only way for humanity to draw near to God. Deeply in love with God and with the Church, the desire of his heart was to share the message of that God and that Church with these people who had never had the chance to hear, who had never been able to receive the grace of the Sacraments or hear the clear truth of God’s Word. The imperial conquest of the Spanish wasn’t something he evaluated from a 21st-century perspective on the clash of cultures, but something he saw as a historically unparalleled opportunity for the proclamation of truth and grace.

(Incidentally, he was prepared to sacrifice quite a lot for the sake of this proclamation, and over the course of his life he did indeed do so – family, career, home, comfort, and health. He was willing to suffer greatly if through his sufferings more souls might come to know God.)

While he took advantage of the opportunity presented by the Spanish colonization, then, he didn’t come here with the same motivations or attitudes. He wasn’t looking for riches and power, but for a chance to serve and bring life. We might still not approve of everything he did, looking back over the centuries at his life from a modern perspective, but knowing his intentions adds a layer of complexity to the black-and-white picture of imperial injustice sometimes presented as the whole story.

Looking at the details of Serra’s interactions with the native people of Mexico and California adds still more layers to the story. There are the troubling accounts of flogging and other corporal punishment used on the converted natives, and the fact that the mission compounds kept the converted people in a sort of indentured servitude. But there is also the consideration that the missions offered protection from the brutality of the Spanish soldiers, preventing the rapes and killings that would otherwise have been perpetrated. There is the enormous effort Serra undertook to remove a particular commander from his position following his rape of a native woman, and his ability to see the beauty in their culture at a time when most Europeans saw differences to be instances of sin. 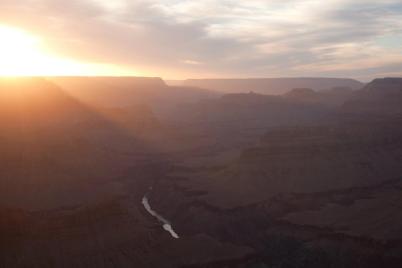 By canonizing Junipero Serra, the Church does not claim that every choice he made was the right one (how could any person or institution make that kind of claim anyhow?), nor does it place a seal of approval on the culture he came from and lived in. Rather, it acknowledges that in an incredibly complex time and place, fraught with new and confusing situations and ethical considerations, Serra consistently sought to live his life for the glory of God to the temporal and eternal benefit of the native people he encountered. Though a man of his own times in many ways, he rose above most of the societal and systemic sins of his own time and culture by striving to live for and in emulation of Christ.

In our own complex historical era, maybe we can learn from Junipero Serra. Maybe, like him, we ought to labor practically for the good of our neighbors at home and to the ends of the earth, to the best of our ability, out of love for God, in union with the Church and the saints that have gone before us, without worrying what accolades or condemnation we might receive because of our choices. It is better to act, if action is undertaken in such a way, than to remain in inaction because we’re unsure of the best or perfect course to take. Our actions, though imperfect, will most likely help someone in some way, while our inaction will at best merely do no harm.

Pray for us, Junipero Serra, as we experience a clash of cultures in the globalization of our times, that we may truly love those who are different from us, that we may see the beauty in their difference, labor for their healing and their good where they are broken and in need, willingly suffer on their behalf, and courageously bear witness to the truth.

(All the pictures are from a trip to the Grand Canyon several summers ago – they were the closest thing I had to California and Mexico pictures. But I thought at least the juniper berries were fitting.)

(One relatively informative site about Serra is the official site for his canonization, although it doesn’t have as many primary source documents as I would like. It does, however, link to a lot of articles that provide a balance for the rather negative picture painted by CNN and the New York Times, several of which are really quite good, and it gives information about why the Church has decided to canonize him and how the process works.)