For Christmas, we used part of our Christmas gift from my grandpa to buy a bike for each of the boys – their first pedal bikes! I’d been scouting Craigslist for months and hadn’t found much besides princess and unicorn bikes with pink streamers… so I figured this would be a good use of the Christmas money, and the boys were excited.

That is, until they tried to ride them, and realized how different it was from the little push bike they were used to. I think they avoided the bikes for at least three weeks before agreeing to try them out again, and for another week or so they wouldn’t want to go farther than down the driveway.

Now, however, they are finally starting to figure things out! 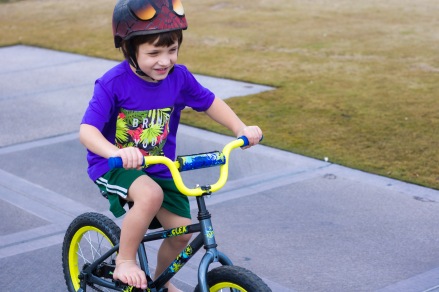 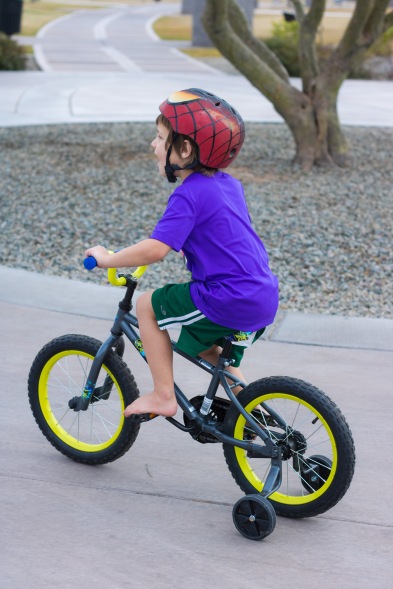 (No, my children never wear shoes if given a choice. Yes, they get that from me…)

While riding down the wide sidewalks at the park, Limerick was passed by a teenager going quite fast on his own bike, and decided that he could also go fast, and started pedaling as hard as he could. He got some speed, and had to go around some corners, and fortunately slowed down before reaching the parking lot or crashing 🙂

Now I can look forward to family bike rides in the not-so-distant-any-longer future! You know, once they get the hang of braking, and can go more than once around the block without getting tired. Baby steps. Or in this case, training wheels, I suppose?