One day, Rondel realized we had three stuffed monkeys in the house.

Despite never showing any attachment to a stuffed animal previously, he decided that these three monkeys were incredibly cute snuggly companions and that they needed to accompany him to as many places as possible. 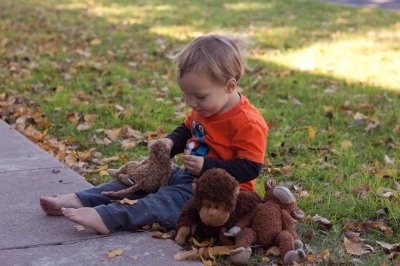 They sleep on his pillow at night and during naps; they ride in the car and the stroller right next to him; they sit with him on the couch while he plays cars. They even managed to teach him the concept of “three” as opposed to “two” or “many.”

He calls them the Daddy monkey, the Rondel monkey, and the little Limerick monkey (which I think is how I named them months before this sudden rediscovery he made).

They make him happy, and that makes me happy. 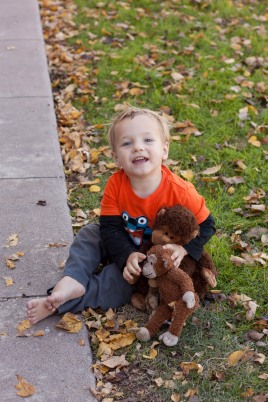